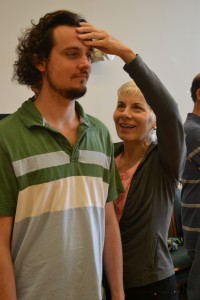 In our “Just get the job done” world we can lose track of how much energy it costs us to do the simplest tasks. This is partly due to the flood of complexity in our 21st century lives, but mostly due to our tendency to mindlessly rush through the day. The inner voices cause us to override our better judgment and ignore the wisdom of minding the moment.

“Carol’s deep, broad AT experience and knowledge, keen perception, skill with language, and steadfast belief in her students enable her to meet me where I am and teach AT in ways that work for me. Studying with Carol has substantially improved my life.”
– Marjorie A. Burnett,
financial planner and yoga practitioner

The Alexander Technique is an educational method designed to help encourage the best use of your self. Developing the capacity to notice the habits that interfere with your comfort and ease, and acquiring new skills for undoing those habits as well as preventing recurrence, can make all the difference. Habit of mind is a close partner to habit of body. Skills acquired in studying the Alexander Technique can help focus your attention on the current moment so that you are embodied and present in your environment.

Alexander Technique can benefit those who are: 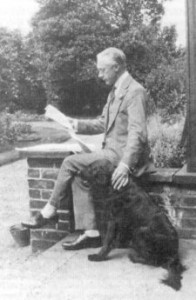 F.M. Alexander, an early 20th century Elizabethan actor from Australia, had vocal problems that led him to discover what has become known as the Alexander Technique. After seeking medical attention for his vocal loss with the diagnosis of overuse, he was advised to rest. He did and got better, but when he went back to performing, his hoarseness returned. He came away thinking that there must be something he was doing to cause the problem. After much self observation, he observed that just before he spoke he would pull his head back slightly, stiffen his neck, and gasp for a bit of air. After trying to do what he thought was right, without much success, he experimented with not doing what he had identified as interfering. Simply put, he subtracted something, rather than adding something. He discovered that this was the key to his regaining the use of his voice.

** Photograph of Carol with mother and baby by Gail Trost
Photograph of F. M. Alexander © 2010, The Society of Teachers of the Alexander Technique, London

Certified Teacher of the Alexander Technique